Jeff Weist is a professional lobbyist who has spent 20 years assisting his clients in all aspects of government relations, including strategic planning, lobbying, political fundraising, coalition building, grassroots and communications. He will be giving us an Update of the 2017 Colorado Legislature accomplishments when he speaks to our group in May.

Jeff believes he has the best job in the world, turning his passion for crafting public policy into a lifetime profession helping his clients navigate the often byzantine maze of government. 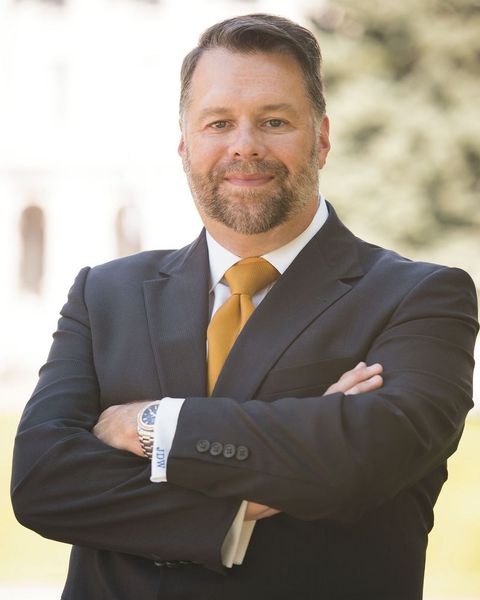 Jeff has been interested in public policy since high school where, in addition to being valedictorian and captain of the swim team, he was student council Vice President and editor-in-chief of the student newspaper. He continued those pursuits in college at Georgetown University in Washington, DC, where he majored in Political Science, and acted as Managing Editor of the Georgetown Guardian newspaper.

During his tenure in Washington, DC, Jeff served as Legislative Director for U.S. Representative Dan Schaefer (R-CO).  He advised the Congressman on economic, telecommunications, budget, utility, tax and banking issues and had the privilege of playing a leading role in the first major re-write of the nation’s telecommunications laws in 60 years, as well as crafting groundbreaking utility regulation and tax reform legislation.

After coming home to his native Colorado, Jeff was Director of State Government Affairs for AT&T Broadband, the nation’s largest cable television company, as well as its predecessor company, Tele-Communications, Inc. (TCI). In that role, he oversaw legislative affairs and coordinated lobbying efforts region and nationwide.

From AT&T, he graduated to contract lobbying in 2002, and is proud to have cultivated a more than decade-long relationships with many of his clients. From major corporations, medium and small businesses, trade associations to non-profits, Jeff understands the needs of business owners and membership driven organizations alike.

Jeff is known for his ability to grasp complex issues quickly, diving deeply into the bills he is working on, knowing his issues better than anyone else in the room, and crafting creative, win-win solutions to difficult policy problems.

Despite his passion for his work, Jeff tries hard to lead a balanced life that centers on his two teenage boys. Together, they enjoy a wide range of very fun (if expensive) hobbies, including: fly-fishing, shooting, skiing and high-powered rocketry.  Jeff is a Boy Scout Assistant Scoutmaster, and former Cub Scout Cubmaster.  Jeff has also volunteered on numerous boards including the Denver Art Museum Asian Art Association and the Colorado Association of Commerce and Industry.