Derek will be speaking about the future of airpower and the “5th generation” capabilities of the F-35.  Through a series of photos and videos, Derek will transport the DAB audience into the cockpit of the most advanced machine man has ever created.  I think the question on many people’s minds: why do we need such an expensive manned platform, when our current Air Force is unmatched by any other air force in the world?  Derek will do his best to answer that question. 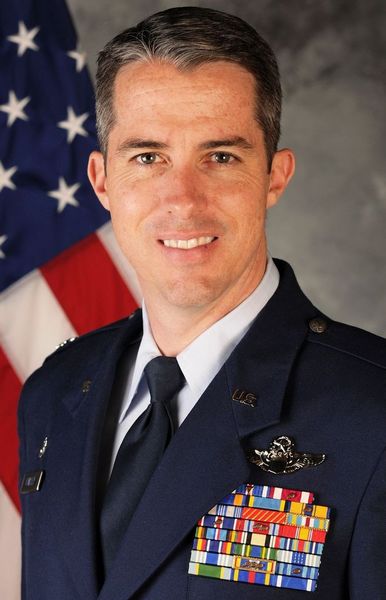 Lt Col O’Malley was born in Albuquerque, New Mexico.  He was commissioned as a distinguished graduate of the Air Force ROTC program at Brigham Young University in 1996.  After graduating from pilot training in 1998, he attended F-16 initial qualification training at Luke Air Force Base, Arizona.  Lt Col O’Malley accumulated more than 2100 flight hours in operational flying assignments in the F-16 and the F-35.  While assigned to Spangdahlem Airbase, Germany, he was selected as the 22nd Fighter Squadron and 52nd Fighter Wing Flight Commander of the Year.

Lt Col O’Malley planned and flew in the initial “shock and awe” campaign of Operation Iraqi Freedom.  For his combat actions, he was awarded the Distinguished Flying Cross for heroism.  Following this combat deployment, he attended the United States Air Force Weapons School at Nellis Air Force Base, Nevada, where he was a distinguished graduate and recipient of the Flying Award.  After serving as Chief of Weapons and Tactics for the 35th Fighter Squadron, Kunsan Air Base, Korea, Lt Col O’Malley returned to the Weapons School as an instructor.

In September 2009, Lt Col O’Malley graduated with distinction from the Naval Post Graduate School in Monterey, California.  He was a recipient of the Air Force Association Award for the Outstanding U.S. Air Force Student, and the Naval Postgraduate School Superior Service Award.  Following graduation, Lt Col O’Malley was selected for the initial instructor pilot cadre for the F-35 Lighting II, at Eglin Air Force Base, Florida.

Lt Col O’Malley is currently a student at the United States Army War College in Carlisle Barracks, Pennsylvania.  His written works have been published in War on the Rocks, and The Hook Magazine.

He is married to Samantha Crawford.  They have a 14-year old son, Conner.